LTG Lofts to Go realises the production, distribution and international marketing of the coodos. 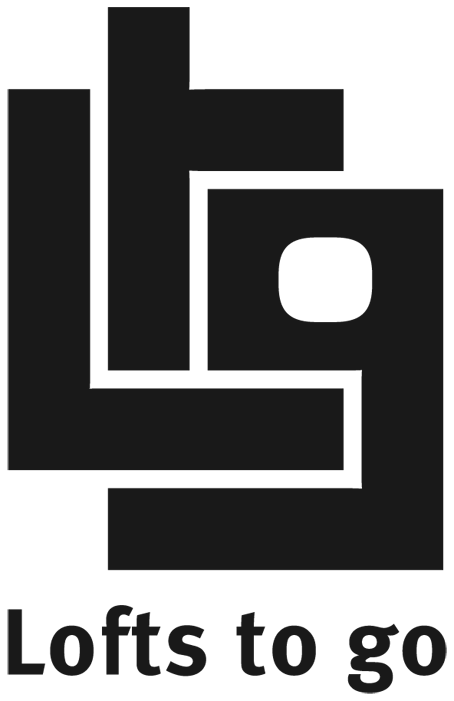 LTG Lofts to Go was founded in October 2012 by Mark Dare Schmiedel in Berlin. With his team, he realises the production, distribution and international marketing of the coodos from Tallinn and Hamburg. These can be purchased via licensees, but also in shares via blockchain/tokens. This makes real estate ownership possible even without large amounts of equity.

The coodo vision is bigger than a house; it is more than bringing a mobile, modular, award-winning design to market. The vision is no less than creating social, ecological and economic universes on earth – so that the future can begin right now. The focus is on people and nature. Their needs for peace and quiet, for comfort and for an individual lifestyle, as well as the respectful use of natural resources. coodo makes this possible because coodos do not seal any surfaces and are produced in a certified sustainable manner from the renewable building material wood.

Butter by the fishes: coodo is available in different versions, the so-called planets “sun”, “moon”, “earth”. Other models are “cubee” and “tredee”. Each “coodo planet” can grow by adding modules, each planet can be moved – by crane, by helicopter, by truck. It can stand on roofs, in your own garden, in the city or in the middle of beautiful nature. coodos are as flexible and mobile as their owners and they join in all the fun – whether they are used for living, holidays, as an office, as a show coodo or as a pop-up store.

With LTG Lofts to go, everyone gets the planet they want and can become a hotelier themselves. Successful space-sharing providers have done it before, coodo has gold-plated the idea and is now shaking up the tourism industry: If the coodo is not used itself, it can be rented out as part of a coodo universe, worldwide. Utilisation instead of vacancy.

And so the circle closes, which is an eternal line without beginning and without end. coodo thinks the future round – with a triple, astonished, happy O.

LTG was selected by the auditing agency pwc in the Smart Living / Smart Construction category within the Business Innovation Observatory;

We use cookies on our website to give you the most relevant experience by remembering your preferences and repeat visits. By clicking “Accept All”, you consent to the use of ALL the cookies. However, you may visit "Cookie Settings" to provide a controlled consent.
Cookie SettingsAccept All
Manage consent

This website uses cookies to improve your experience while you navigate through the website. Out of these cookies, the cookies that are categorized as necessary are stored on your browser as they are essential for the working of basic functionalities of the website. We also use third-party cookies that help us analyze and understand how you use this website. These cookies will be stored in your browser only with your consent. You also have the option to opt-out of these cookies. But opting out of some of these cookies may have an effect on your browsing experience.
Necessary Always Enabled
Necessary cookies are absolutely essential for the website to function properly. This category only includes cookies that ensures basic functionalities and security features of the website. These cookies do not store any personal information.
Non-necessary
Any cookies that may not be particularly necessary for the website to function and is used specifically to collect user personal data via analytics, ads, other embedded contents are termed as non-necessary cookies. It is mandatory to procure user consent prior to running these cookies on your website.
SAVE & ACCEPT